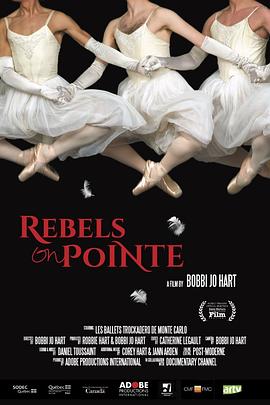 Rebels on Pointe is the first-ever, cinéma vérité documentary film celebrating Les Ballets Trockadero de Monte Carlo -- the all male, drag ballet company founded over 40 years ago on the heels of New York's Stonewall riots. The company has performed in over 500 cities and 33 countries, and has a cult following around the world. The film juxtaposes exclusive, behind-the-scenes access and intimate, character-driven stories of its dancers, highlighted by amazing performances shot around the world. Rebels on Pointe ultimately celebrates our shared humanity through universal themes of identity, dreams, family, love, loss, determination and resilience... proving that a ballerina is not merely a woman dancing, but an act of revolution in a tutu.